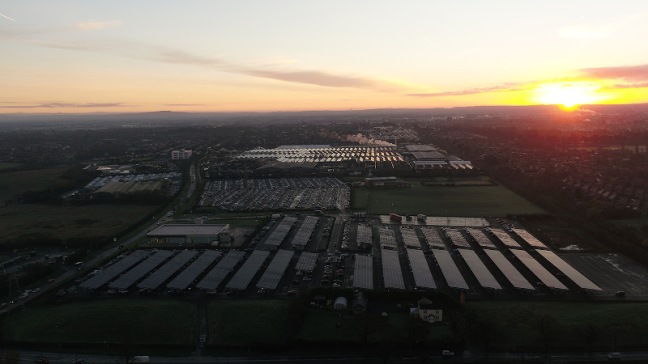 It’s March 2020 and the World is in the grip of a Coronavirus Pandemic.

The highly infectious virus, seemingly originating in a open food market in China, has spread rapidly across the globe and has been taking many people out of routine action while claiming a significant number of lives. The pneumonia-like symptoms, starting with a dry cough and fever then escalating to breathing difficulties, are affecting different groups of people in different ways, the younger and healthier population seem to be the most resilient in terms of being affected by the bug, while healthy adults who contract it seem to be recovering well after a couple of weeks of very sore lungs and breathlessness.

The most vulnerable are those with underlying health problems, particularly immune deficiencies or respiratory issues, and the elderly. A large proportion of the deaths attributed to the disease, have been among the older generation.

In the UK, The Government has taken a gradual approach to tightening controls, but in mid-March called for as many non-essential staff to work from home, or take time off. The resulting self-isolation of huge swathes of the British public and the importance of stopping the virus, has brought much of the country’s industry to a stand still.

Bentley Motors has announced that it will be pausing car production to protect the workforce, many of whom are already either working remotley, or at a safe distance from other colleagues, to minimise the potential to spread the disease. While demand in some markets has declined, as would be expected, Bentley, part of the Volkswagen Group, aims to be back up and running on the 20th April, all being well.

The crisis has affected many car makers, not least with the cancellation of the Geneva Motor Show at the start of March, the first major event that signalled the seriousness of the disruption which was to follow.

Adrian Hallmark, Chairman and CEO of Bentley Motors, said: “The well-being of our colleagues is our number one priority and although this was a difficult decision to take, and doesn’t change our strategic direction, it was necessary to protect them as best we can during these unprecedented times. This will inevitably have an impact on our deliveries to customers, and we apologise for the inconvenience this causes, however we are working hard to minimize this disruption. Our thoughts continue to go out to all those affected around the world throughout this very sad and difficult time for so many people.”

We, at Skinidin House Media, would like to echo Mr. Hallmark’s sentiments and wish everyone affected by the disruption, including all those at Bentley Motors, a safe period of isolation and that through it all, new and positive ways of working can develop from the enforced break in operations.